Qualery and Club Deportivo Toledo present the Qualery Cup, which will be held next month in Toledo. 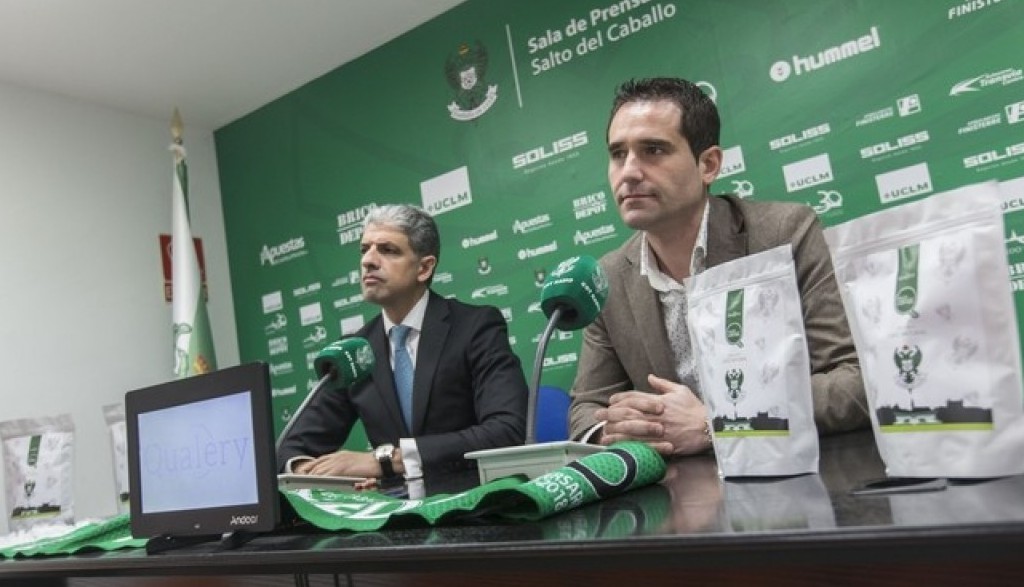 “We want this tournament to become a reference and, thus, help the little ones to fulfill their dreams”, Saúl Álvarez, CEO of Qualery.

Qualery and the Toledo Sports Club presented this morning at the Salto del Caballo the QualeryCup, the first youth soccer tournament to be held in the city and which will bring together top-tier teams from all over Spain. The presentation ceremony was attended by Juan Juárez, president of C.D Toledo, Juan José Pérez del Pino, Councilor for Sports of the Toledo City Council and Saúl Álvarez, CEO of Qualery. This is one of the first actions organized by both entities since the signing of their sponsorship agreement last January and will be held on April 13 and 14 at the Salto del Caballo stadium in Toledo.

The participating teams, all of the youngest category, are the Club Deportivo Toledo, Rayo Vallecano, Getafe, Leganés, Albacete, Osasuna, Celta de Vigo and Damm. These eight teams, divided into two groups of four each, will compete in a one-round league system, to win this exciting trophy that aspires to become a benchmark in the youngest category of our football. The first phase will take place on Saturday the 13th from 10:00 a.m. to 7:00 p.m. and the finals will be played on Sunday the 14th in the morning. It will be played with the rules of the R.F.E.F. and the duration of the meetings in the two phases will be two (2) periods of 20 minutes. Entrance to the tournament, open to the public, will cost 5 euros.

“At Qualery we believe and appreciate the values ​​that are forged from within and this is precisely what has prompted us to launch, with the Club, the first Qualery Cup. We want this tournament to become a reference and, thus, help the little ones to fulfill their dreams ”, said Saúl Álvarez, CEO of Qualery.

For Juan Juárez, president of the Club Deportivo Toledo, “this is a tournament that we want to have a long journey, in this first edition very important teams from the Spanish league come and our challenge is to grow year after year. We believe that for our quarry and for our city it is very important that these types of activities be developed, in which our players will be able to enjoy great days of coexistence ”.

“We had to help the club to get Toledo to have these promotional tournaments, for our city it is very important. From our council we are convinced that the tournament will be an absolute success ”declared Juan José Pérez del Pino, councilor for sports at the Toledo City Council.

The fundamental objective of this first QualeryCup is to support young and big footballers and to encourage the practice of sport while reinforcing the feeling of belonging and a great connection with the values ​​of the Toledo Sports Club. In addition, both entities agree that this competition will have a great impact in terms of promoting tourism in the city of Toledo and the region in general. And, above all, a great impact as a promoter of values ​​such as respect, integration and teamwork.

In addition, as the Club's official coffee supplier, Qualery will be offering coffee and healthy drinks for all attendees on both days of the tournament. With the launch of this first Qualery Cup, both entities are convinced that the city will not only invest in the team, but it will also help a lot in the deployment of specialty coffee in the community.
Share Share

[ X Close ]
1) WWW.QUALERY.ES, as owner of the domain www.qualery.es is responsible for the treatment.
2) Your data will be processed according to current regulations to enable you to use and browse this website and process the specific requests that you formulate in your area
3) On this website cookies are used, in general, to enable and improve your browsing experience on our website.
4) The basis for processing your data will be, primarily, your consent.
5) Your rights may be transferred to third parties, as detailed in our detailed privacy policy (see additional information). Outside of these cases, they will not be transferred except legal obligation.
6) In general, there are no international transfers of your data.
7) You can access, rectify and delete your data, as well as exercise other rights, as explained in the additional information indicated below. We recommend you access and read attentively the additional and detailed information of our privacy policy and cookies. If once this information is known, you continue browsing our website, this implies that you accept our privacy policy and cookies.